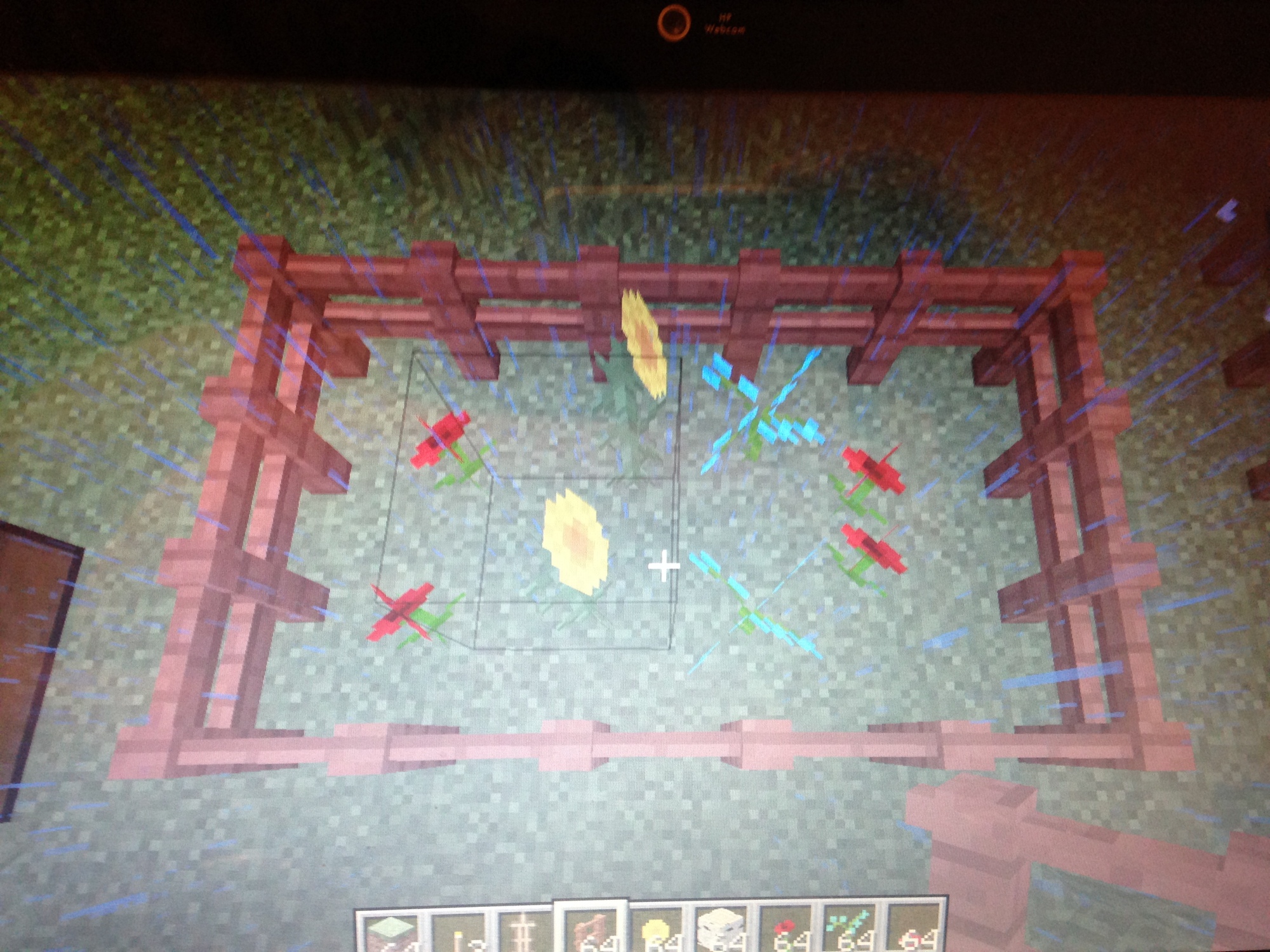 :: in which we learn that grown-ups are dumb ::

My daughter loves playing Minecraft.  She plays it with her dad, brother, cousins, and uncles.  I’m always impressed at what people can build in Minecraft.  If you’ve never played it, I’m going to oversimplify it by saying it’s kind of like Legos in a video game format.  But cooler.

I love that my daughter loves Minecraft.  I love seeing her collaborate with other people to design and build projects.  The whole thing is great.  But I do not play Minecraft myself.  I wish I could.  I want to like playing Minecraft, I just don’t.  I’ve given it a try a couple times and these are the thoughts that always cycle through my head as I’m fumbling around: I should be doing something productive; This interface is making me seasick; How do I walk forward again?

Since my daughter is always gently asking if I’d like to give it another try and I can see she would be so happy if I would play with her, today I chose to park my complaints and sit down to play for a while.  We decided to start by building some gardens, since that’s what I’m working on in real life.  Shouldn’t be too hard, I thought.

Eve got us each set up on a computer so we could play in the same world.  Right away I ran in to a problem.  All I had in my inventory was a stick, a torch, and an empty chest.  “How am I supposed to build a garden bed out of these materials?” I whined.  I battered the ground with my stick like a frustrated caveman.  “I can’t build anything!  I don’t know what to do!”  Eve patiently came over to help me.  She showed me how to access the infinite inventory of ‘creative mode’ where I could get anything I needed, and I was off and running.

First I laid out a rectangle on the grass, a task that took me a good 30 minutes.  I kept forgetting which letter on the keyboard controlled my forward, backward, and side-to-side motion.  I got disoriented several times because I had turned myself around and couldn’t find the little patch of ground I was scratching around in.  I wasn’t very fluid on the controls, so I felt like I was lumbering around like a stiff-legged Frankenstein’s monster.  This triggered the seasickness, and a headache.  I remembered how to get into my inventory, but not how to select an item once I was there.  And instead of right-clicking to set a new block down on the ground, I would invariably left-click by accident.  This means that instead of placing a sunflower on a block of grass, for example, I would destroy the block of grass leaving a square hole in the ground.  Now I had to recall the steps required to get back into my inventory, search out a new block of grass, and place it in the hole I just made.  It was exasperating.

Eve would occasionally ask, “Mom, do you want to come over and see my garden?”  I assured her I would as soon as I got my first garden bed done.  About an hour passed, and I finally stepped back to see what I had built.  A rectangle, 6 blocks by 4 blocks.  Grass surrounded by a fence, with eight flowers painstakingly planted inside.  It wasn’t at all what I had intended to build, but I was satisfied with it.

“I’m coming over to see your garden!” I called to Eve.

“Okay, just come on in.  I told the guards to let you pass.”

“Of course,” she said plainly.

I walked up to a pen with some kind of animals hopping around inside.  “You have rabbits?”

“Aha,” I said, feeling suddenly insecure about my garden.  A few more steps and I came upon an elaborate, labyrinthine fountain with a garden of colorful flowers in its center.

“Was this already here?” I asked.

“Wow.  In the same amount of time I spent on my garden, huh?”

“Yeah.  Come over and check out my house.”

“You built a house too?  I thought we were just doing gardens.”

“Well, you were taking a while.  So you know, I just built a house.”

I’m going to spare myself the further humiliation of describing the inside of Eve’s house.  Let’s just say pistons were involved and there was a secret fireplace entrance.  And a tamed horse.  I’m not giving up on playing Minecraft with my daughter.  But next time, I will come equipped with a cheat sheet and some Dramamine.

2 thoughts on “A Lesson in Minecraft”